Mobile phone innovation may not happen where you think it does

The first days have passed by at the the Virtual Forum “Mobile Telephony in Rural Areas” and it has triggered some interesting discussions. One thread is around innovations and mobile phones. Being it software or ideas to extend the usage of the all purpose tools, cutting edge innovations are not coming from high income countries, where the high promises of further usage of mobile phones were not taken by its users.

Looking at Europe during its last years many offers have not been taken up. Sure blackberries are all over the place pushing for email interaction on your phone, or at the most, to buy a train ticket via mobile phone. But how further has the mobile been used for other purposes? Not much. Interestingly, users seem to have not been able to grasp all its advantages for the past years – with the exception of ring-tones, maybe. I believe that the multiple options for communication channels can make a difference; European users are to some extend saturated and do not see a big benefit in most offers. For example, during European Championships (soccer), the games were offered via mobile phones, but only a minority were interested. 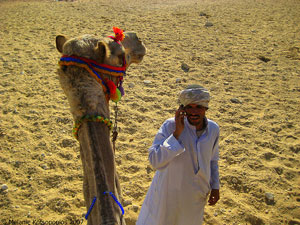 This happens completely differently in developing countries, where people with a mobile phone are reachable in the remotest areas, where not even sufficient electricity might exist. Mobile phones, with their offer to communicate from anywhere and send short messages, are a big jump forward. Fascinating to see, it does not stop there, particularly in Africa mobile phones unleash various innovations. Many of them show, how they can fill the gap, where nothing was existing before and that’s why they work more successfuly than in Europe. Here are some examples:

However, in my opinion, a new phase is starting with the iPhone. For the first time people in masses download applications to use their phones for all kinds of purposes, such as a pocket personal computer. As I wrote here, the mobile social network is in this regard very promising, because it extends potential collaborations to many more people, who do not have PC based access to the web. Some interesting applications are already out there: Tatango, Jyngle or Radioactive. Hat tip to Drew Cogbill.

I imagine GPS will become another key future, but also the mobile phone as a broadcasting tool and a sensor-rich device. By the way the Egyptian government just forbid GPS to cut down grassroot usage of it. Not every government seems happy about their citizens having such a powerful tool in their hands.

I anticipate that mobile phones will unleash a lot more disruptive innovations than the PC because since its beginnings has been mostly based on open operations systems and has been much more user-centred, and allows for more options to adapt, hack and apply it. “These innovations will only increase in the future, as mobile phones become the linchpin for greater economic development.”

Smart city innovation is not happening without citizens

A world of big (closed) data and its unused potential